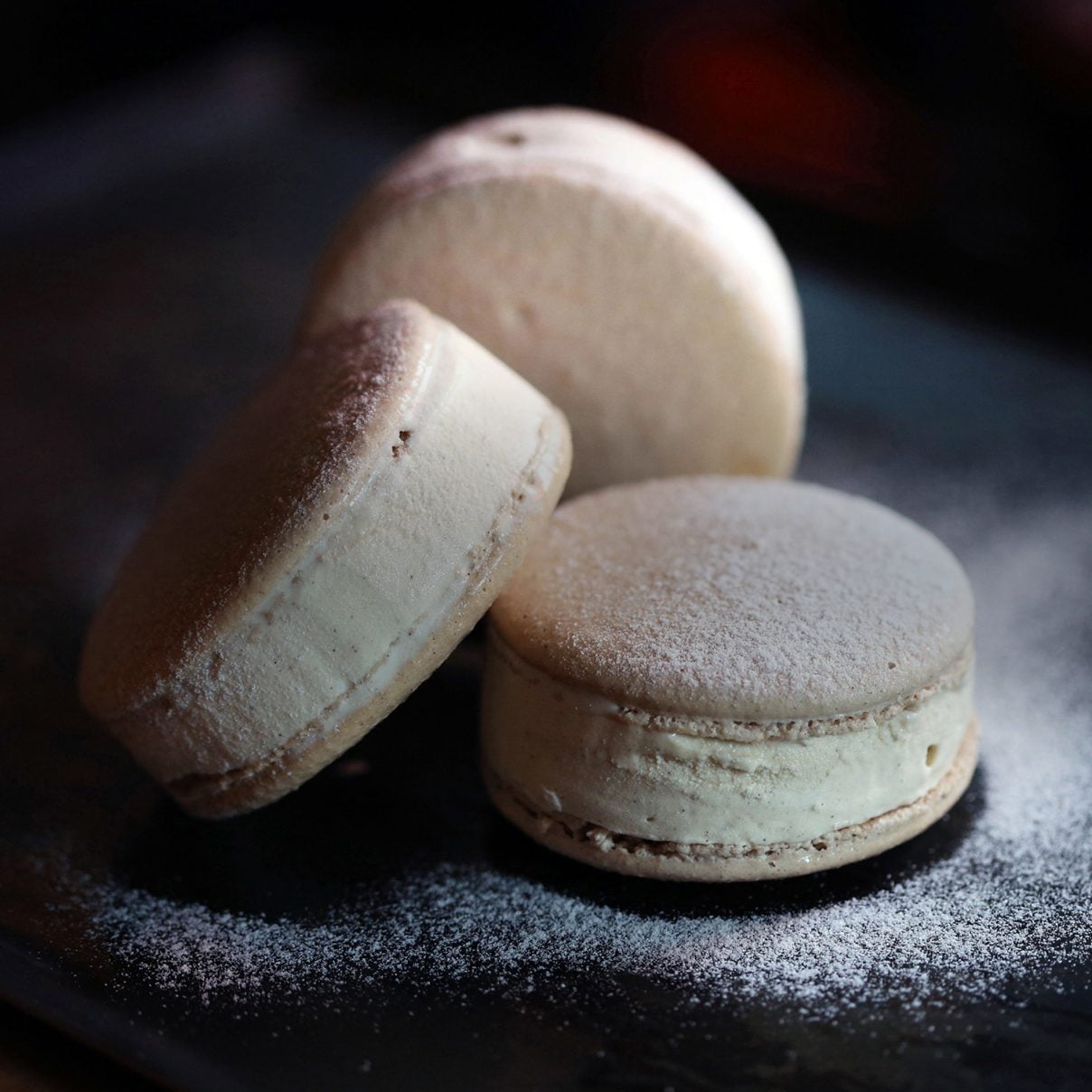 Place the cream, vanilla beans, salt and barley malt into a medium sized pot and place over a medium high heat. Bring the mixture to 85c, remove from the heat and whisk in the
gelatin. Strain the mix through a fine chinois then refrigerate until the mixture reaches 4c. Whisk in the yoghurt until well homogenized then refrigerate the mix again for 12 hours to let the flavours develop. Churn according to your ice cream machine manufacturer’s instructions. Once the mixture is churned, place it into individual 8cm diameter ring cutter’s to a height of 2cm and place in the freezer.

In a large bowl, sift together the almond meal, malt powder, cloves, ginger, cinnamon and egg white powder. Add 55g of the egg whites and 120g of the agave nectar and mix together with the dry ingredients until well incorporated. Cover and leave to rest for 20 mins. In the meantime, in a saucepan fitted with a candy thermometer, cook the water and 150g of agave nectar to 115c. In the bowl of an electric mixer, begin whipping 55g of egg whites until they form soft peaks. Once the syrup reaches a temperature of 118c, pour the syrup slowly over the whipping egg whites. Continue to whip until the temperature reaches 50c. Remove from the bowl and gently fold this mixture into the almond mixture until well incorporated and slowly running off the spoon like ‘lava’. Using a pastry bag with a plain tip, pipe 8cm diameter rounds onto parchment lined baking sheets. Once piped, let the rounds sit for 30 – 40 minutes until a light crust forms on the surface of each macaron. Load the trays into a 180c pre heated oven and immediately turn the temperature down to 135c. Bake the macarons for approximately 14 minutes. Remove from the oven and allow the macarons to cool down to room temperature on the baking trays.

Sandwich a round of barley malt ice cream between 2 macaron biscuits and serve immediately.